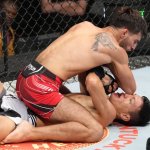 It will start at – 11:30 pm IST, Sony Sports Network has the broadcasting right for UFC fights in India. Sony Ten 2 (English) and Sony Ten 3 (Hindi) will telecast the main card live on TV in India. 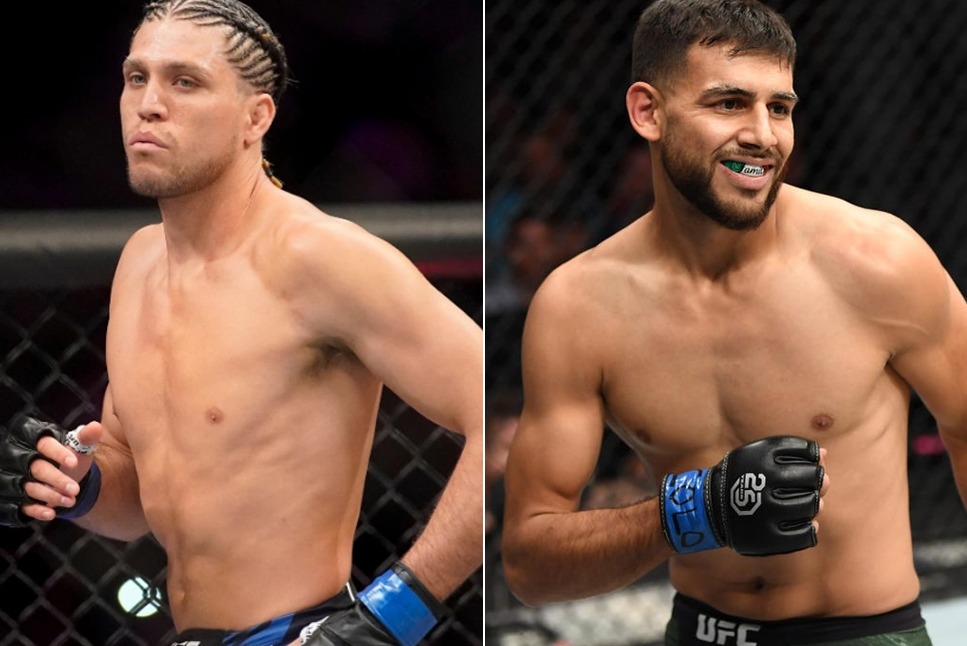 02:24 – Round 1: Both fighters go straight away at each other, both fighters look sharp and after an exchange of strikes, Ortega goes in for the clinch and this is where he is the most dangerous. Ortega misses the takedown and eats some really good shots. Goes in the clinch Ortega takes Yair down and Ortega’s shoulder popped out and they have to stop the fight

The moment we've all been waiting for

02:15- The Main Event is set to go as Brian Ortega and Yair Rodriguez have entered the octagon.

Amanda Lemos sinks in the second round submission! #UFCLongIsland pic.twitter.com/2ctDGjr4lB

02:00 – Round 2: Amanda Lemos again with the forward pressure. Waterson shoots and gets a takedown but Lemos turns it into Guillotine and submits Michelle Waterson.

01:56 – Round 1: Amanda Lemos is looking sharp with the forward pressure. A great exchange of Strikes from both fighters, Lemos just appears to be sharper. Waterson shoots and gets the takedown but fails capitalise it as the round 1 comes to an end.

@KarateHottieMMA vs Amanda Lemos goes down RIGHT NOW on @ABCNetwork

01:48- Both Amanda Lemos and Michelle Waterson enter the octagon as Co-main Event is underway.

01:35 – Round 2: Muslim Salikhov drops Li early in the round 2 but Li gets back up quickly. Li Jingliang lands a successful takdown. Li is all fired up after dropping Muslim Salikhov and referee stops the fight.

01:29 – Round 1: After keeping their safe distance for a while, Muslim Salikhov starts thing with a spinning heel kick. Muslim gets Li down, however great defence from Li from below. Both fighters are back on their feet and are on a safe start as round 1 ends

This should be a banger

01:23- Both Li Jingliang anf Muslim Salikhov are in the octagon.

YOUR 2022 COMEBACK OF THE YEAR MIGHT HAVE JUST BEEN STAMPED!!!! #UFCLongIsland pic.twitter.com/JrAUwN1JqZ

01:09 – Round 2: The fight stops for a while as Sumudaerji lands a low blow, the match resumes. Sumudaerji lands some good shots and even drops Matt Schnell. Another elbow rocks Matt and now he just releasing a fury of strikes but Matt survives it. Matt now rocks and takedown Sumudaerji and is sitting on his belly just pounding him and just when it seemed like it’s over Sumudaerji escapes but wait another shocking turn, Matt Schnell turns it into a triangle choke and Sumudaerji sleeps as Matt Schnell wins this absolute war.

01:02 – Round 1: Going at each other straight from the bell. Schnell has landed some good shots and gets a successful takedown, he is now trying to gain control on Sumudaerji’s back. Matt tries a triangle choke but Sumudaerji lifts him up and slams him with one arm, however that gets turned into a variant of kimura but Sumudaerji survives it and the first round.

00:55 – Both Sumudaerji and Matt Schnell are in the octagon, ready to clash.

Keeping the action rolling with a top 15 tilt at 125

00:43 – Hurricane Shane Burgos wins the war by a Majority Decision, what a fight this was, absolutely entertainment for the fans.

00:34- Round 2: Burgos again with the forward pressure. Jourdain launches in but Shane manages to reverse it and get him down and once again get on his back and rare naked choke. Jourdain’s acrobat allows him to get out of the rare naked choke but Burgos is still clinging on to him with the body triangle. Jourdain’s will is at display as he survives a rare naked hold to his chin and manages to go into the third and final round.

00:28- Round 1: Shane Burgos has started with the forward pressure and is looking really dominant. Charles Jourdain tries to go for a Guillotine but fails instead Burgos gets up and first gets a body triangle and then a rare naked choke, Jourdain survives somehow and both are back on their feet. Jourdain now rocks Burgos with a fury of strikes. A great comeback from Air Jourdain after being dominated in the early minutes.

No better time to tune into @ABCNetwork than RIGHT NOW

00:20 – Both Charles Jourdain and Shane Burgos are in the octagon and we are set to witness a firework filled war.

00:13 – Charles Oliveira vs Islam Makhachev is official and set to headline UFC 280 for vacant Lightweight Title.

No luck needed for that win by @LaurenMurphyMMA

00:06 – Lauren Murphy wins the War by Unanimous Decision. What a way to start the main card

What heart, what a fight

23:57 – Round 2: Miesha Tate is going with the forward pressure and looking for another takedown. Both of them are exchanging jabs. Murphy shoots for a takedown and get it, she has the control of Tate’s back but she manages to get out and separate herself, that’s some great defence from Miesha. Tate is landing some good shots and continuing with the forward pressure but she is also taking those hits from Lauren. Murphy shoots for another takedown but Tate defends it. Tate lands a really huge elbow shot as they were in clinch against the cage.

23:51 – Round 1: Miesha Tate is on the receiving end of pressure. Lauren Murphy has been successful in both putting pressure and defending those early takedowns. Tate is already red and we are only 2 minutes into round 1 as she is just eating the jabs from Murphy. Lauren gets a takedown but both of them are back up quickly, now Tate gets a takedown after a few seconds of clinch but both are back on the feet again quickly. Tate has put a double arm under hook as she is pushing and cornering Murphy to the cage. Both separates and keep their distance as round 1 comes to an end.

Time to bring the action over to @ABCNetwork

23:43 – Both Miesha Tate and Lauren Murphy enter the octagon and are set to collide.