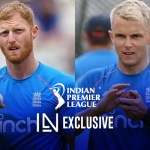 “Few teams will surely break bank for Curran & Stokes but not many can afford to do that. You want them – but you don’t have resources to do that will be the issue with most of the teams. SRH & PBKS will have advantage over others when buying for these two”, said one of the franchise representative heading for Kochi.

Can $2MN Salary mark breached? With so much of interest in Stokes & Curran, the big question InsideSport asked some of the franchises was whether $2MN salary mark can be breached?

The answer was ‘NO’ by each and every franchise.

“No chance that anyone would shell out $2MN for any player. No Mathematics would work. SRH & PBKS have purse to do that but why would they fight with each other. They can settle with 1 player each. Unlikely that bids would reach anywhere near 2MN dollars”, said one of the franchise official who doesn’t have big money in the purse.

After missing the last edition due to injury the 31-year-old is back in the auction pool at a base price of 2 crores. Both Sunrisers Hyderabad and Punjab Kings have released their captains and are in need of a new face to lead the team.

Last season SRH signed Romario Shepherd but the all-rounder had a mediocre outing overall. With Ben Stokes, SRH will not only get a quality all-rounder but also a proven leader to get the best out of the players at his disposal.

The IPL 2022 auction was a good one for Punjab Kings as they filled the slots in the team with match-winners. However, the team was unable to get an all-rounder who could bring the right balance to the team.

PBKS invested heavily in Odean Smith but the West Indian failed to perform. Rishi Dhawan performed well with the ball picking up 6 wickets but could only score a mere 37 runs with the bat at a strike rate of 92.50. With high quality, all-rounder like Stokes, PBKS will have a bankable 3D player. Expect the franchise to go all guns blazing and break the bank to sign the England Test skipper.

Official working closely with SRH management informed InsideSport, “Team will gun for a BIG ALLROUNDER at IPL Auction. Yes, Green, Stokes & Curran kind players will be on radar. But our decision-making will be dependent on the fact that whether these players are available for full IPL Window or not.”