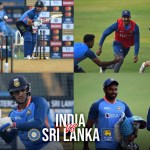 Pandya along with coach Rahul Dravid took a special meeting with the team on Monday evening. The role of each member was explained & captain made it clear what is expected out of them.

What new we will see in India SQUAD?

Indian Cricket Team: BCCI’s new SELECTION Criteria, ‘One great IPL should not be…

India SriLanka 1st T20: The followers of Indian cricket got more than glimpse of Hardik’s vision for the team when led the team to victory in the rain-hit T20 series in New Zealand.

In an ODI World Cup year, the shortest format is not priority for the Indian team but the series will allow Hardik to start planning for the future, specifically the 2024 T20 World Cup.

India’s famed top three — Rohit, Kohli and Rahul — are not part of the squad and irrespective of their T20 future , the team must prepare for life without them. The problem with the current Indian T20 team in recent past, has been distinct lack of intent and ability to play fearless cricket.

The idea of self preservation at the cost of impactful performance was hurting the team for a long time and perhaps the poor show in the T20 World Cup became the last straw.

A new year 🗓️
A new start 👍🏻
A new Vice-captain – @surya_14kumar – for the Sri Lanka T20I series 😎#TeamIndia had their first practice session here at Wankhede Stadium ahead of the T20I series opener in Mumbai 🏟️#INDvSL | @mastercardindia pic.twitter.com/qqUifdoDsp

Who will open for India? What will be India’s Batting Order? Rishabh Pant, who suffered a horrific car crash last week, opened for the team in New Zealand alongside Ishan Kishan. Pant was anyway not picked for the Sri Lanka series, making Kishan and Ruturaj Gaikwad opening combination most likely for the first T20 at the high-scoring Wankhede Stadium.

Both Kishan and Gaikwad have been bonafide IPL stars for a past few years and this is their real chance to show their wares without worrying about their place in the side.

With next T20 World Cup at least 18 months away, the duo is expected to get a fair run although the number of T20 Internationals this year is less than 15 with ODI gaining more precedence.

Shubman Gill, who is yet to make his T20 debut, is another opening option for Hardik.

At number three, the skipper will rely on the brilliance of world’s No. 1 batter Suryakumar Yadav. With Hardik keen to have six bowling options in the playing eleven, Deepak Hooda could be a likely starter for Tuesday’s game.

The management will have to choose between Sanju Samson and uncapped Rahul Tripathi for the one spot in the middle order.

Tripathi has been warming the bench for a while now and it could continue against Sri Lanka but Samson on account of experience should get a first go.

Though uncapped Shivam Mavi and Mukesh Kumar have been included in the squad, the likely pace bowling trio will be of Arshdeep Singh, Harshal Patel and Umran Malik.

India could also pack in more all-rounders in the team with the option of Washington Sundar and Axar Patel. Specialist spinner Yuzvendra Chahal is expected to play in the series opener.

SriLanka’s Composition: Reigning Asia Cup champions Sri Lanka will be no pushovers for India even in their own conditions. Sri Lanka have rewarded the star performers of the Lanka Premier League — Avishka Fernando, Chamika Karunaratne and Sadeera Samarawickrama — by including them in the team for the India series.

Both Fernando and Karunaratne have made a comeback and will be looking to make an impactful contribution. Bhanuka Rajapaksa will be their key batter in the middle-order.

Complete Schedule for the IND vs SL T20Is: