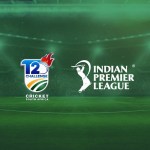 It could effectively be a mini-IPL in South Africa as the Indian Premier League (IPL) franchises have swept the team auction of Cricket South Africa’s upcoming Twenty20 league. The bidding closed on Wednesday (13 July) with 29 Expressions of Interest (EoIs) but it was the IPL investment that is believed to have dominated the franchise auction.

Cricbuzz understands that Mukesh Ambani of Mumbai Indians, N Srinivasan of Chennai Super Kings, Parth Jindal of Delhi Capitals, the Marans of SunRisers Hyderabad, Sanjiv Goenka of Lucknow Super Giants and Manoj Badale of Rajasthan Royals have walked away with the available six franchises of the league, scheduled for early next year.

Although CSA has been maintaining that the selection of the franchises will be announced only at the end of the month, Cricbuzz can confirm that the IPL team investors have been informed about their successful bids and have been asked for their choices of cities.

Mumbai Indians are set to have their team in Cape Town. Chennai Super Kings, one of the most popular IPL franchises, are likely to be given the franchise based in Johannesburg while Jindal, the co-owner of the Delhi Capitals, will have his team based in Centurion in Pretoria. It will be called the Pretoria Capitals.

MI and CSK placed the biggest financial bids, close to INR 250 crores. As the IPL model goes, each franchise will have to pay 10 per cent of the franchise fee for 10 years.

Sanjiv Goenka, who last year bagged the Lucknow franchise of the IPL, is believed to be interested in the Durban franchise.

Of the remaining two cities, SunRisers Hyderabad could have its team in Port Elizabeth while the Royals are expected to have their base in Paarl. Quite a few non-Indian investors have also placed bids but none of them, including the Kevin Pietersen-headed consortium, could apparently match the financial bids of the IPL owners.

When contacted, a top CSA official said that the franchise selection process has not yet been completed but Cricbuzz has obtained information to the contrary from sources in four of the six franchises in the new set-up.

The league, which will clash with another upcoming league in the UAE, is tentatively scheduled for January-February, 2023. There has been a signing match between the organisers of the two leagues and it is learnt that many English players, including limited-overs skipper Jos Buttler and Liam Livingstone – the star white-ball players from the country – are believed to be inclined to play in the CSA league. Moeen Ali, however, has agreed to play in the UAE league.

Faf du Plessis, one of the biggest T20 stars who is now a free agent, will stay in South Africa. Dwayne Bravo too will be there, most probably with the CSK-owned team, but many other players from West Indies are going to the UAE.